Are you looking to buy in the Colchester Area but not quite sure where? We understand it can be challenging to find the area you want to settle in. We here at Palmer and Partners have put together a helpful guide which will be available each week exploring different areas within Colchester.  Our expert estate agents can show you what Colchester has to offer in a sought-after area to live. One of these being the picturesque village of East Bergholt.

East Bergholt is a village in Suffolk, in the Stour Valley. East Bergholt is the birthplace of the painter John Constable, and the area has now become known as Constable Country, taking in the villages of East Bergholt, Capel St. Mary, Stratford St. Mary, Bentley, Dedham, Langham, Lawford and Flatford. The Church of St. Mary the Virgin was built in the 15th and 16th centuries, but is well known for the absence of a bell tower. A temporary wooden bellcage was erected in the churchyard for the bells and still exists some 500 years later. Other attractions include Old Hall, a former nunnery, later friary, which now houses the Old Hall Community, a household of about 60 people who live co-operatively and farm organically. East Bergholt Place is a woodland garden and arboretum, with a plant centre in the old kitchen garden. Flatford Mill buildings were once owned by Constable’s father and are recognisable since they feature in many of his paintings. Nowadays they offer a wide-ranging programme of environment and art-based courses. Upstream from the mill is Bridge Cottage which houses an exhibition on Constable and is open to the public. East Bergholt has five pubs and a leisure centre.

East Bergholt is a village in the Babergh District of Suffolk, England, just north of the Essex border. The nearest town and railway station is Manningtree, Essex. East Bergholt is ten miles north of Colchester and 8 miles south of Ipswich. Schools include East Bergholt High School, a comprehensive for children aged 11–16, and a primary school. The nearest train station is Manningtree station offering direct links into London Liverpool Street.
The village has a population of around 1,600 people and the central area of the village includes a variety of businesses including the Co-Operative Village Shop, Fountain House Tea Rooms - a small tea room, The Red Lion - one of many pubs in East Bergholt & The Dunthorne Cottage - a small local bakery. East Bergholt is the birthplace of painter John Constable whose father owned Flatford Mill. Flatford and Dedham, Essex, both made famous by John Constable, are within walking distance of East Bergholt.

East Bergholt lies on a ridge overlooking the Stour valley where you will find Flatford and the Bridge Cottage complex both run by the National Trust. The complex includes the John Constable Exhibition, a tea room and shop and a restored Dry Dock. Wheelchairs are available for visitors with disabilities and a battery operated vehicle. A braille guide and audio commentary are also available. Special events are held regularly in the tea room.
John Constable, perhaps the greatest and most original of all British landscape artists, is renowned especially for his views of Flatford and the Stour Valley in Suffolk, Salisbury Cathedral and Hampstead Heath. He was brought up in the country, and out of his deep love for the English landscape grew a determination to record its beauty: to capture its moistness, light and atmosphere, as well as its shapes and colours.

Before the sea defences were built firstly at Judas Gap and more recently at Cattawade, Flatford was probably the limit of the tidal estuary and would have been the lowest bridging point on the Stour. In John Constable's time barges plied their trade up and down the Stour, the lock providing a means of navigating past the mill.

In East Bergholt the building of a bell tower was started in 1525 with assistance promised by Cardinal Wolsey, but his downfall cut short any help and the work ceased in 1530. The Bell Cage was erected as a temporary measure in 1531 and the bells have been in regular use ever since and are still rung at these times to this day. Although other Bell Cages exist, the one in East Bergholt is the only place where the bells are swung by pure force of hand applied directly to a wooden headstock and not by rope and wheel. What makes this more remarkable is that they are the heaviest set of five bells that are currently being rung in England, with a total weight of 4.25 tons or 4,318 kilos.

Palmer and partners are delighted to be the main Sponsor of East Bergholt cricket Club. Alfie Foster who works for the Colchester office is captain of the club, and is very proud of the club’s current performance this season.

East Bergholt is a picturesque family friendly village, highly sought after for those wanting rural living with only a short distance to travel to the bigger town of Colchester, with London easily accessible. 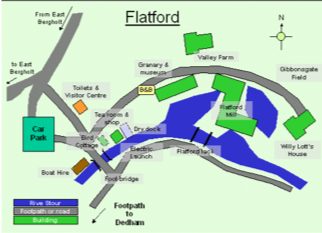 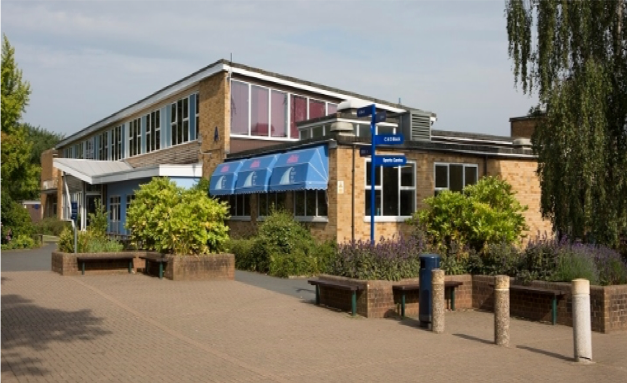 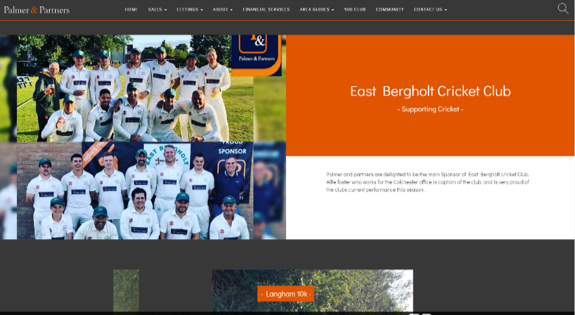 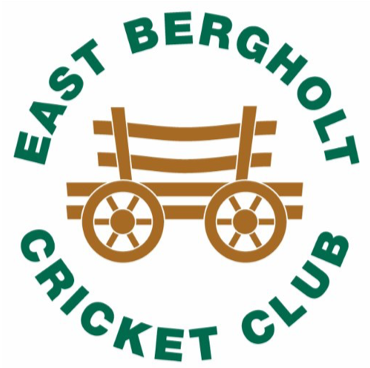 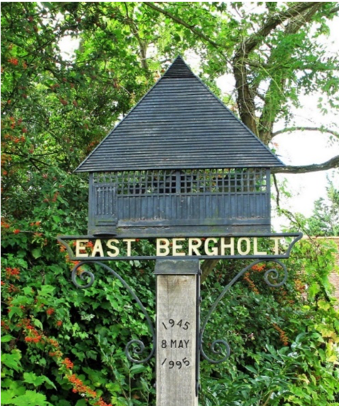